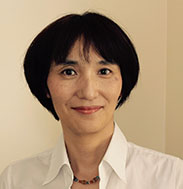 Dr. Yoshimoto graduated from Medical School in Japan and finished her residency and fellowship program of Pediatric Hematology/Oncology in Japan. She obtained Ph.D. from Kyoto University Graduate School of Medicine in 2003, and her thesis was the visualization of transplanted hematopoietic stem cell (HSC)-behavior in the recipient mice using GFP transgenic mouse. Dr. Yoshimoto moved to Dr. Mervin C. Yoder lab at Indiana University School of Medicine as a post-doctoral fellow, where she focused on lymphopoiesis in the extraembryonic yolk sac of the mouse embryo.  She was promoted to Assistant professor at Indiana University in 2009 and obtained NIH R56 grant followed by R01 in 2016. Dr. Yoshimoto was recruited to Center for Stem Cell Research and Regenerative Medicine at IMM, UTHealth 2016.

Dr. Yoshimoto’s lab is focusing on the development of the innate immune-like B-1 lymphoid cells and hematopoietic stem cells (HSC) in the mouse embryo. Prior to the emergence of the first HSC, various types of hematopoietic progenitors are produced from hemogenic endothelial cells in an HSC-independent manner. Dr. Yoshimoto’s lab is trying to elucidate the molecular mechanisms that mature the hematopoietic potential of hemogenic endothelial cells, utilizing lineage tracing mouse models, transplantation assays, and RNA-sequencing studies.

B-1 cells are unique murine innate immune-like cells that are distinguished from conventional adoptive B cells (B-2 cells).  B-1 cells localize in the peritoneal and pleural cavities and secrete natural antibodies without T cell help, displaying important roles in the first line of defense against various infections, atherosclerosis, and autoimmunity. It has been postulated for decades that B-1a cells are derived from fetal progenitor cells, not from adult bone marrow HSCs, based on the results of transplantation assays. We reported the presence of HSC-independent B-1 progenitors in HSC-deficient embryos (PNAS 2011, 2014). Our data and others’ publication showed lack of B-1a cell potential in highly purified HSCs in adult bone marrow and fetal liver, suggesting that HSC-independent B-1 progenitors are produced somewhere in the mouse embryo and contribute to producing B-1 cell pool that persists to postnatal life. To support this idea, we produced transplantable functional B-1 cell progenitors from mouse ES cells in the absence of HSCs in vitro (Stem Cell Reports 2019).

Another important question that has not been resolved for decades is how B-1a cells are maintained without being replenished by adult bone marrow HSCs. We hypothesize that one of the polycomb proteins, Bmi1 plays a role in self-renewal capacity of mature B-1a cells in the adult peritoneal cavity. Using B-cell lineage-specific Bmi1 deletion, we are evaluating the B-1a cell number and their self-renewal ability upon transplantation. Comparing RNA expression profiles between wild type and Bmi1 deleted B-1a cells, we are trying to identify target genes of Bmi1 in B-1a cell self-renewal ability.

The first HSCs arise from endothelial cells of dorsal aorta via intermediate precursors (pre-HSCs) at embryonic day 10-11. Interestingly, we found that these pre-HSCs are biased to B-1 cell repopulating cells rather than multi-lineage repopulating cells upon transplantation into immune-deficient neonatal mice, and gain conventional adoptive B-2 cell potential to “mature” into HSCs (Stem Cell Reports 2019). These findings are important to elucidate the mechanism that allows the first HSCs in the mouse embryo.

With the knowledge obtained from the above projects, we are developing a novel system to produce HSCs from mouse ES cells in vitro.