Dr. Doris received his doctoral degree at the University of California and returned to his native England as a Medical Research Council post-doctoral fellow at Cambridge University and the University of Reading. He joined the Institute in the summer of 1997 and is appointed as Mary Elizabeth Holdsworth Distinguished University Chair and Professor of Molecular Medicine in the Center for Human Genetics. His research focuses on mechanisms of common chronic cardiovascular disease including hypertension and the injury that it causes to the kidney and brain.

Research Profile: Out-living our kidneys: studies to understand the decline of kidney function as we age and its relationship to blood pressure and immune function. 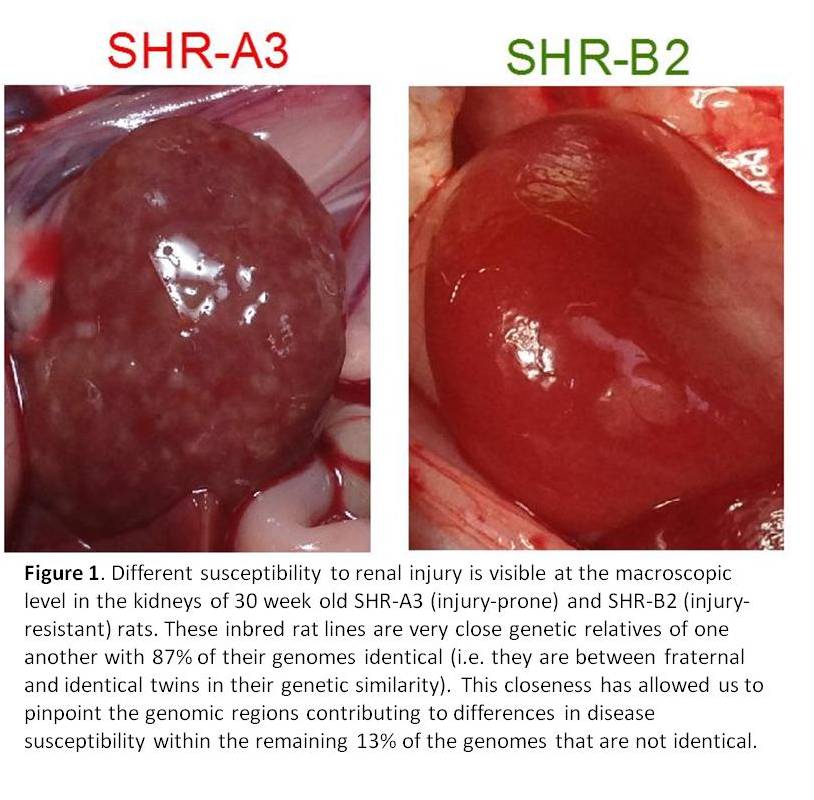 Our kidneys occupy a rough neighborhood in our bodies. Although they receive a sizable fraction of the blood our hearts pump out, they are constantly on the verge of oxygen deficiency. Indeed, this characteristic has been adapted as a “feature” rather than a “bug” by evolution: it is our kidneys that are used as a monitor whether we need to increase the number of red cells in our blood.  Our kidneys control the production of red cells by the bone marrow and determine the oxygen-carrying capacity of the blood. Since the kidneys are also our excretory organs, their neighborhood is made tougher by the continuous filtration and concentration of waste products that must be eliminated from our blood. It is not so surprising then, that as we age, our kidney function declines. As medicine advances and we live longer lives, a growing portion of society is outliving their kidneys and face long-term renal dialysis or transplant for survival. We seek to understand what causes progressive loss of renal function and how is this process amplified by high blood pressure. 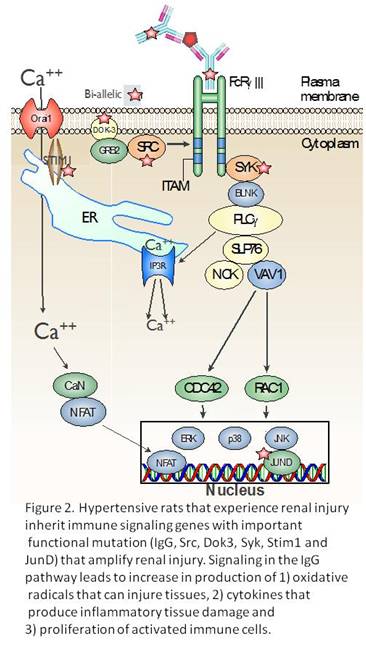 The best predictor of whether an individual will lose enough kidney function to require dialysis is whether they have a first or second degree relative who has reached this “end stage” of renal disease. Familial aggregation indicates that inherited factors shape risk of renal disease. At present, the mechanism of renal functional decline is not known. Kidneys are difficult to study in humans because they lie deep within the body and their functional units, the glomeruli and nephrons, are microscopic structures. Increased blood pressure is a major risk factor that amplifies the age-related decline in renal function. We study this disease process in a rodent genetic model in which separate genetic factors influence both blood pressure and kidney disease. We are working to identify the genes involved and the pathways that are disturbed by effects arising in these genes. 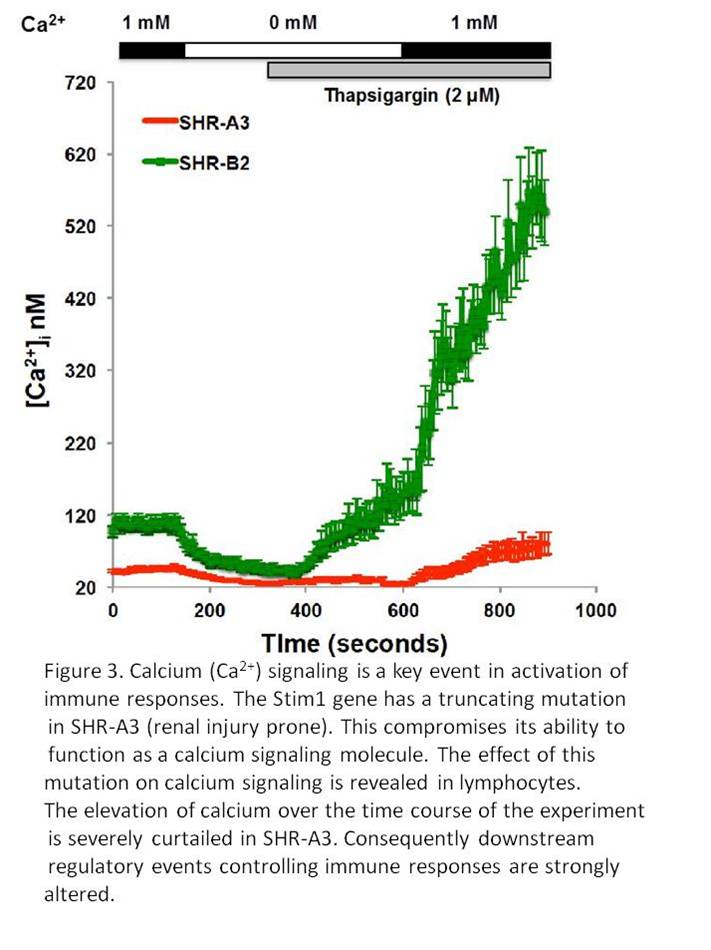 Our recent work reveals that genetic variation in each of several immune system genes combine to play a key role in susceptibility to injury. Blood pressure elevation exceeds the ability of the kidney to match blood flow to the local needs for oxygen and nutrients in the kidney tissue. This triggers an inflammatory process in which immune responses are provoked by damage to the tissue. Genetic variation appears to determine whether the outcome is injury and repair or injury leading to sustained inflammation and further tissue damage. We can modify the course of disease by modifying the immune response. We now have identified a key set of genes containing variation that regulates the shape of the immune response. Our immediate goal is to understand which immune cells are expressing these genes and which aspects of their function are altered so as to create a self-damaging immune response. With this information in hand we will be able to seek and narrowly target therapeutic approaches that can sustain kidney function while allowing the normal protective functions of the immune system to be preserved.