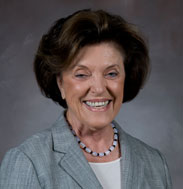 Dr. Irma Gigli received her undergraduate education in Argentina and did her medical training at Cook County Hospital, Chicago. Her training in immunology was at the Howard Hughes Medical Institute in Miami. She served on the faculty at Harvard Medical School, at Brigham and Women's Hospital, and at Massachusetts General Hospital in Immunology and Dermatology. She was previously Professor and Chair of the Department of Dermatology at the University of California at San Diego.

Dr. Gigli was one of the early physician-scientists who attempted to bridge basic immunology with clinical dermatology. In fact, her efforts in this important area of translational research led to the formation of the first NIH sponsored program in immunodermatology. Dr. Gigli's expertise is not limited to clinical immunodermatology but also extends to basic immunology. Her basic science work has always had as its fundamental underpinning the relevance of basic science research to human diseases. This goal was a strong motivator to accept a leadership position in the creation and development of the Brown Foundation Institute of Molecular Medicine for the Prevention of Human Diseases in 1995, along with her late husband, Professor Hans J. Muller-Eberhard, the Founding Director of the Institute.

She is fully committed to the vision that the quality of life of people can be greatly improved by understanding the mechanisms of the diseases that afflict them and that advances in biomedical sciences can prevent disease occurrence. Dr. Gigli is an Honorary Member and past-President of the Society for Investigative Dermatology. She is also a member of the American Society for Clinical Investigation, the International Complement Society, the Association of American Physicians, the American Academy of Dermatology, the Institute of Medicine of the National Academy of Sciences, and is a Fellow of the American Academy of Arts and Sciences. She serves on the Board of Directors for the Academy of Medicine, Science & Engineering of Texas. She has served on a number of national and international committees dealing with education and health in the US and third world countries. She is a member of the Board of Directors of the International Community Foundation in San Diego, and the Board of Directors of the US Civilian Research and Development Foundation.

In 2003 Dr. Gigli received the Distinguished Professional Woman of the Year Award from the University of Texas Health Science Center at Houston. She is the recipient of the 2005 David Martin Carter Mentor Award from the American Skin Association, and has also received the Stephen Rothman Memorial Award from the Society for Investigative Dermatology. For Honors in Research, Dr. Gigli was appointed to the Board of Scientific Counselors for the National Institute of Allergy and Infectious Diseases.

She has published over 160 original manuscripts and book chapters, many of which identify basic mechanisms involved in host defense and in the development of skin diseases. Her expertise is not limited to the crossroads of clinical immunology and dermatology but also basic immunology. Her contributions to her area of expertise, the relationship of the structure and function of proteins of the complement system, are many and often firsts.