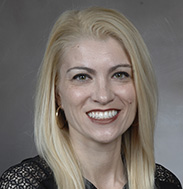 Emerging evidence has shown that within several different malignant tumors types there exists a subpopulation of cancer cells that behave like normal stem cells. These cancer stem-like cells (CSCs) or tumor-initiating cells can renew themselves and sustain the cancer, much like normal stem cells repopulate and maintain our organs and tissues. CSCs can drive tumor growth, metastasis, and resistance to anti-cancer therapies. Since CSCs are often not entirely eliminated by conventional treatments, they can regenerate the tumor and potentially metastasize, leading to a decline in patient quality of life and survival.  Thus it is essential to develop a new generation of novel therapies that can ultimately target and destroy CSCs.

The LGR5 (Leucine-rich repeat-containing, G protein-coupled receptor 5) receptor is a bona fide marker of normal adult stem cells in the intestine and multiple other epithelial tissues. As a postdoctoral trainee in Dr. Qingyun’s (Jim) Liu’s laboratory I discovered that LGR5 functions as a receptor of the secreted growth factors R-spondins to potentiate Wnt signaling, a key regulatory pathway in stem cell survival and tumorigenesis. Since then, numerous reports have shown that LGR5 expression is significantly elevated in several major tumor types, including colon, liver, gastric, and ovarian carcinomas. Recent evidence has further demonstrated that human cancer cells with high levels of LGR5 behave like CSCs, fueling tumor growth, metastasis, and drug resistance. These findings suggest the potential of LGR5 as a promising new target for the development of CSC-based therapies.

My research is focused on the development of innovative anti-LGR5 antibody-drug conjugates (ADCs) that will “seek and destroy” LGR5-expressing tumors and CSCs, similar to guided missiles. These ADCs will incorporate a chemical toxin that is only released once it enters target cells with high levels of LGR5. My previous work has shown that LGR5 is continuously and rapidly internalized into the cell, making it an exceptional transit for fast and specific delivery of ADCs into CSCs.  A series of anti-LGR5 ADCs are being generated using functionally different antibodies and distinct chemical linkers to incorporate the toxins. Using cutting-edge techniques, we are testing the ability of the ADCs to precisely bind and destroy LGR5-positive cancer cells and evaluating their anti-tumor effects in xenograft tumor mouse models.  Additionally, we are further investigating the signaling mechanism(s) of LGR5 and its role in cancer and chemoresistance. This research will provide preclinical proof-of-concept for the feasibility of the future development of anti-LGR5 ADCs. A CSC-targeted ADC could be a breakthrough treatment to eradicate residual tumors and metastasis, and more importantly, prolong overall quality of life and survival for a large number of cancer patients.