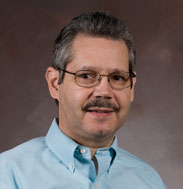 Dr. Davis graduated in 1976 from Harvard University with an A.B. degree, summa cum laude, in Physics. His undergraduate research on searches for magnetic monopoles was directed by Dr. Edward M. Purcell, Nobel Laureate. In 1980 he received his Ph.D. in Physics from the California Institute of Technology, where his theoretical research focused on neutrino oscillations and tests of time reversal invariance. This research was guided by Drs. Petr Vogel, Steven E. Koonin, and William A. Fowler, Nobel Laureate. His postdoctoral training in the molecular virology of mouse leukemia viruses was performed from 1982 to 1986 in the laboratory of Dr. Hung Fan at the University of California, Irvine. This work focused on the altered tropism and pathogenicity of Moloney murine leukemia virus caused by changes in transcriptional regulatory sequences within the Long Terminal Repeat.

From 1986 to 1995, Dr. Davis was Scientist at the California Pacific Medical Center Research Institute (formerly Medical Research Institute), San Francisco, CA.  He was one of the first investigators to demonstrate the absence of HIV infection in hematopoietic stem/progenitor cells of HIV-infected individuals. In addition, his laboratory isolated, characterized, and studied the transcription regulation of the human CD34 gene, the expression of which marks the earliest cells in the human hematopoietic system. From 1994 to 1995, he spent a sabbatical year in the laboratory of Dr. David H. Schwartz, at the Johns Hopkins University School of Public Health, Baltimore, MD.

From 1995 to 2000, Dr. Davis was an Associate Professor at the University of Texas Medical Branch at Galveston in the Sealy Center for Oncology & Hematology and the Departments of Microbiology & Immunology and Internal Medicine. From 1997 to 2002, Dr. Davis was President & CEO of Gene-Cell, Inc., a start-up biotechnology company located in Clear Lake, Texas. From 2002 to 2007, Dr. Davis was Senior Scientist and Director of Scientific Affairs and Operations at the Institute for Inherited Disease Research, Newtown, PA.

His most recent work, initiated in approximately 1998, is focused on novel methods of genetically modifying hematopoietic stem cells (HSCs) and mesenchymal stem cells (MeSCs). He developed new methods for direct nuclear microinjection of HSCs and MeSCs with transgenes and other macromolecules. He then utilized this microinjection technology for introducing various classes of gene editing molecules into HSCs, and documented successful genome modification at the chromosomal DNA level. He has recently utilized sequence-specific zinc finger nucleases (ZFNs) to introduce double-strand DNA breaks and thereby facilitate homologous recombination in chromosomal DNA.

The research in Dr. Davis' laboratory is focused on gene editing in stem cells, that is utilizing homologous recombination and/or DNA repair processes to restore an endogenous mutant gene sequence to the corrected normal sequence in autologous stem cells obtained from patients with inherited genetic disease. Alternately, gene editing could be used to introduce specific changes (e.g. SNPs) into genes in normal stem cells for a functional evaluation of such changes.

One line of investigation has been to develop novel gene therapeutics using Zinc Finger Nuclease (ZFN) facilitated gene editing to correct gene mutations or target integration of transgenes into specific chromosomal sites directly in hematopoietic stem/progenitor or mesenchymal stem cells. Such corrected stem cells would be transplanted back into patients with inherited genetic diseases such as primary immunodeficiencies (e.g. X-linked SCID, Wiskott-Aldrich Syndrome) or muscular dystrophies. We hypothesize that direct correction of mutations or targeted transgene integration at the endogenous chromosomal location, under native gene transcriptional control, should result in more physiologic correction of defects than that achievable through random gene addition approaches.

A second line of investigation is focused on spontaneous somatic reversion of inherited mutations or "natural gene therapy" in patients with inherited genetic disease. This project has developed out of our identification of numerous genetic revertants in a patient with Wiskott-Aldrich Syndrome. This provides an unprecedented snapshot of natural selection at work within a patient with an inherited genetic disease - acting upon a repertoire of mutant genotypes to select those encoding protein(s) with greatest functionality.