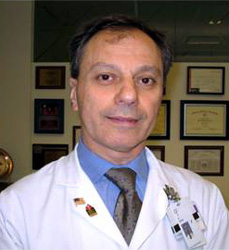 Dr. Marian is recognized nationally and internationally for his research achievements and expertise in genetics of cardiomyopathies. He was also awarded the Young Investigator Award of the American College of Cardiology in 1995 and was a finalist for the Samuel A. Levine Young Clinical Investigator Award in 1992. He received the Junior Faculty Award for research from the American Federation of Medical Research in Washington, D.C. in 1998, followed by the Award for Excellence in Research at Baylor College of Medicine. In 1997, he was awarded the Established Investigator Award by the American Heart Association (AHA). Most recently, he was selected as a recipient of prestigious Clinician-Scientist Award in Translational Research from Burroughs Wellcome Fund.

Dr. Marian was an Associate Editor for Circulation (1999-2004) and on Editorial Board of Circulation Research (2001 - 2004), Journal of The American College of Cardiology (2001-2005), Current Cardiology Reviews (2004-present) and Journal of Cardiac Failure (2005 - present). He is the Section Editor for Genetics in Current Atherosclerosis Reports. Dr. Marian has co-authored over 100 manuscripts in peer-reviewed journals. His expertise in genetics of cardiomyopathies is recognized and evidenced by lectureship in major national and international meetings, Editorials in major journals and review articles and book chapters. Dr. Marian has been actively involved with NIH grant review process and has been a member of the review committee on several panels and study sections.