Accurate flow cytometry analysis depends on the specificity of the antibodies used. Unfortunately, majority of commercially available antibodies are poorly validated and it is up to the end user to make sure that the antibodies work as expected. Nearly 50% of the antibodies submitted to the Human Leucocyte Differentiation Antigen Workshops fail to function as intended!

Typical problems in flow cytometry include unspecific binding and specific cross-reactivity with off targets (resulting in false positives) as well as lack of reactivity with the stated target antigen (resulting in false negatives). Note also that many antibodies used in e.g. Western blotting are raised against linear epitopes that may not be present/exposed in living cells whereas common flow cytometry sample processing steps such as enzymatic digestion and fixation/permeabilization can alter the native epitopes (or the antibodies and fluorophores themselves).

There are several different controls that can be used to validate the specificity of your antibodies. 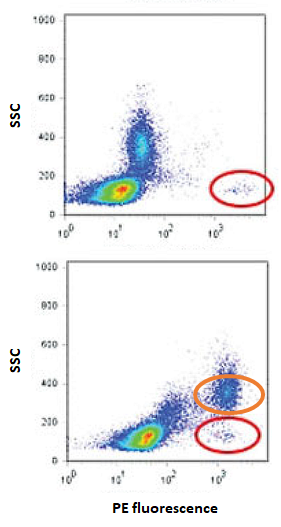