Shock and excitement rushed over Christine and Blake Dugger in October 2017 when they learned another child was on the way. Medical complications during Christine’s previous pregnancies and a history of miscarriages left the Duggers uncertain whether another child was possible. But now, their life in Sacramento, California, with demanding careers and two blossoming daughters, was finally falling into a groove.

Christine’s nine-week appointment brought a greater shock when the doctor grew quiet and scanned Christine’s abdomen for a cyst.

“Finally, our doctor told us it couldn’t be a cyst because cysts don’t have heartbeats,” Christine says. The Duggers were having identical twins.

Joy and wonder soured into fear and anxiety in late January during Christine’s routine checkup with her maternal-fetal medicine doctors. They discovered Rand had renal agenesis, a lethal condition where one or both kidneys fail to develop, and Rand would die in utero or soon after birth.

Christine’s doctors referred her to a maternal-fetal medicine center in San Francisco to receive advanced care for the remainder of her pregnancy.

Rand performed for the ultrasounds: He kicked, hiccupped, and took practice breaths. But each appointment brought more bad news and no answers. Unfortunately, each ultrasound showed elevated middle cerebral artery readings for Rand and low readings for Crosby, which indicated something was wrong.

Christine poured herself into researching the twins’ condition and analyzed every ultrasound report by plotting trend lines with the readings. Gradually, it became clear to her that the twins had developed twin anemia polycythemia sequence (TAPS), a rare form of twin-to-twin transfusion syndrome caused by chronic blood loss between the fetuses through tiny vessels in the placenta. “It was like we had been struck by lightning twice,” Christine says. “In addition to Rand’s fatal anomaly, Crosby was now faced with a life-threatening situation.” 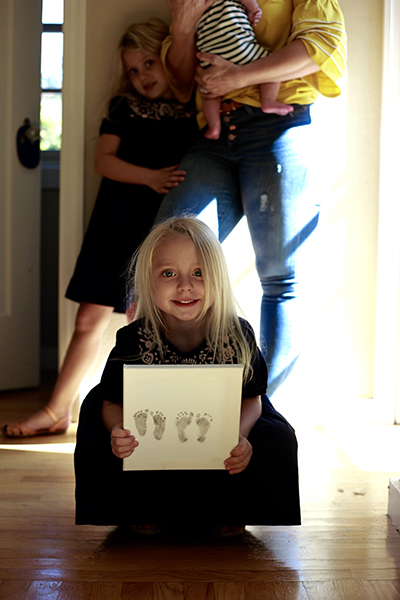 Penelope Dugger holding the footprints of her twin brothers, Crosby and Rand.

Despite the evidence Christine found, her doctors did not diagnose the twins with TAPS— furthermore, they told her they do not have interventions for TAPS at their facility. The only solution her doctors could offer was selective reduction, which would end Rand’s life. However, because the twins shared vascularity, ending Rand’s life would put Crosby’s life at risk. “Although we knew Rand would not live after birth, we were not willing to risk Crosby,” Christine says.

A desperate internet search for help led Christine to Ramesha M. Papanna, MD, nearly 2,000 miles away. Papanna, a physician-scientist affiliated with The Fetal Center at McGovern Medical School at The University of Texas Health Science Center at Houston (UTHealth) and Children’s Memorial Hermann Hospital, reviewed her health records immediately and told her he had a solution.

“TAPS is a severely misunderstood condition that puts the lives of both twins at risk,” Papanna explains. “We had to act quickly to preserve Crosby’s life.”

Papanna was waiting for Christine when she arrived at The Fetal Center at Children’s Memorial Hermann Hospital late one Friday night in March.

“Dr. Papanna treated me with such respect, and he was genuinely approachable, yet I was in awe of him,” Christine remembers. “Here is this world-class physician who is changing the lives of so many families, and he’s with me in a hospital room at 9 p.m. on a Friday night.”

The next morning, Papanna performed a fetoscopic laser ablation to close the blood vessels connecting Crosby and Rand, safeguarding Crosby until delivery.

“For the first time in my pregnancy, I felt like I was in control of something,” Christine says. “I couldn’t save Rand, but I could do what I needed to save Crosby.” 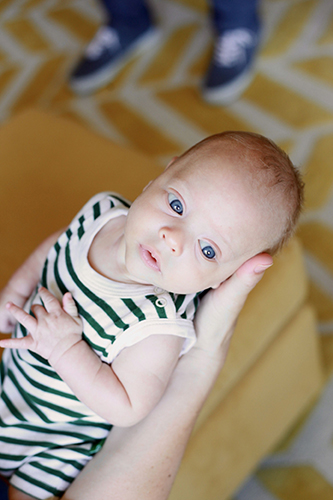 Rand came one minute later. He lived for 58 minutes, during which his parents showered him with a lifetime of love.

“I’ve never said as many ‘I love yous’ as I did in those 58 minutes,” Christine says. As Rand laid on his mother’s chest, the chaplain baptized him. Before the Duggers said goodbye to Rand after their hospital stay, their daughters met their brother and the family took photos of the twins together for keepsakes.

“I truly believe Crosby wouldn’t have survived without Rand,” Christine says. “Rand gave his life for his brother and taught us about limitless love.”

A few days after the twins were born, the Duggers created the Rand Francis Dugger TAPS Research Memorial Fund at McGovern Medical School to raise funds for Papanna’s work. On Giving Tuesday 2018, they helped raise money with family, friends, and connections on Facebook.

The Duggers incorporate Rand into their lives every day through photos, bedtime prayers, and conversation. Although grief lingers, Christine says they are channeling their sadness into establishing a foundation to advocate for and support Papanna’s TAPS research.

If you would like to make a gift to the Rand Francis Dugger TAPS Research Memorial Fund, please click here to make your gift online.

Click here for the current issue of Out in Front.