When we left Forrest five months ago, he was days away from his first surgery to repair his cleft lip. His parents, Erin and Kyle Tweed, had been prepping him for this day since before he was born. After learning of his cleft diagnosis at Erin’s 20-week prenatal appointment, the couple began assembling a team of experts to help them through Forrest’s upcoming medical journey.

Forrest’s big day came in July. Erin and Kyle handed him over to the team of Matthew Greives, MD, pediatric plastic surgeon with UT Physicians and assistant professor of pediatric surgery at McGovern Medical School at UTHealth. 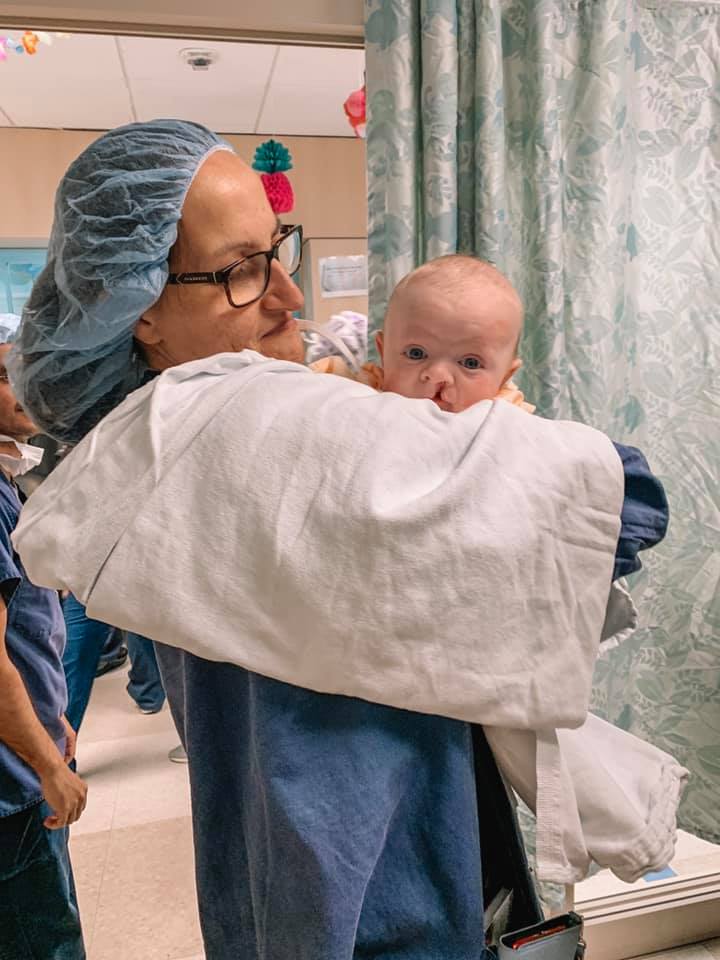 Forrest being taken away for his first surgery. (Photo provided by the Tweed family)

“Forrest’s first surgery was to repair the cleft lip and reconstruct the shape of his nose. It’s not possible to fix one without the other. Beforehand, we spent a lot of time marking and measuring to ensure the lip and nose will be as symmetrical as possible,” said Greives.

After 1 ½ hours of anxiously waiting and receiving updates via text from the surgery staff, Forrest was out of the operating room. Erin and Kyle prepared themselves because they knew the face they had grown to love over the past three months was not the one they would see in the recovery room. When thinking back about that day, they smile. “We miss it, but at the same time, we know it’s going to be so much better for him,” said Kyle.

Waiting for them in the recovery room was the same baby boy that stole their hearts months ago. His face was swollen, he was groggy, and his lip was closed, but it was their Forrest.

It took Forrest two weeks to adjust back to his normal routine after surgery. While in recovery, it was time to embark on the next phase of his journey, nasal stents. Nasal stents are typically used after a cleft lip procedure to help keep the shape of the nose while it heals. For the next three months, Forrest would wear his stents.

“One of the biggest tells in postoperative cleft lip repairs is an asymmetrical nose. By doing this work up front, we make it hard to tell on the playground that one child’s face is any different than the next,” said Greives.

On top of all this, Forrest had to learn how to eat all over again. However, it didn’t take him too long to catch on, jumping from 8th percentile in weight to 19th percentile for his age just a few weeks after this surgery. 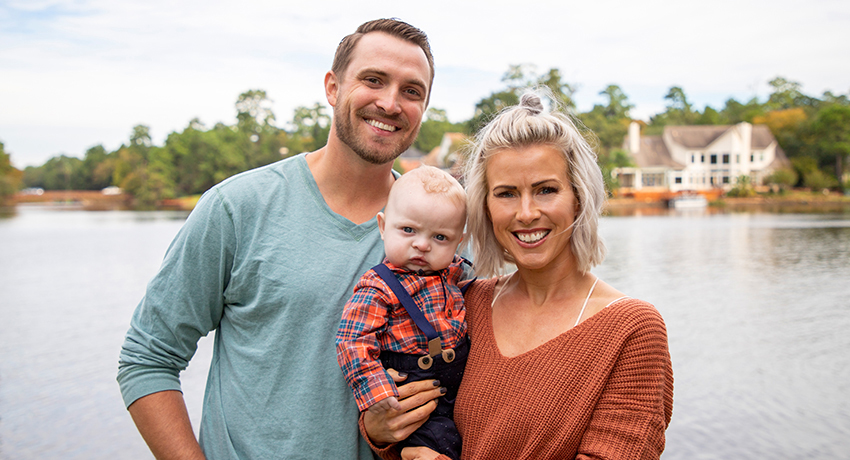 Erin and Kyle feel somewhat at peace when it comes to the next surgery. They credit this to the amazing relationship they have with their medical team at UT Physicians. “It’s not like you’re left in the dark once everything is done. I can still reach out if I ever have any questions,” said Erin.

Leanne Doringo, MSN, RN, and clinical care coordinator with the Texas Cleft-Craniofacial Team at UT Physicians, has been with Erin and Kyle every step of the way and will continue to do so. “The journey doesn’t stop when the patient goes to surgery. Parents wonder if they’re doing things right, hesitate if certain things hurt the baby, and need to understand what is considered an emergency. This is what my role entails – guidance, reassurance, and making the parents feel more comfortable in caring for the baby at home,” said Doringo.

Right now, Forrest is busy being a growing kid. He thinks his parents are hilarious, he loves his siblings, and firmly believes that teething is the worst.