Patients gathered outside a simple concrete structure that serves as the community medical clinic in the remote region of Ladakh, India, nestled in the Great Himalayan mountain chain at 12,000 feet elevation.

Under the desert sun, they waited patiently to be triaged under tents made of blankets before they were ushered inside to waiting areas to see one of several neurologists who volunteered to spend a week diagnosing and treating epilepsy and other neurological disorders in the region. Medical resources are limited in Ladakh, which is more than 600 miles from Delhi. Some residents waited more than a year for the opportunity to see a specialist and be properly treated.

Among team of doctors seeing patients were the clinical directors of the pediatric and adult epilepsy programs at McGovern Medical School at The University of Texas Health Science Center at Houston (UTHealth). Samden Lhatoo, MD, directs the Texas Comprehensive Epilepsy Program and is a professor in neurology. Gretchen L. Von Allmen, MD, is a professor in pediatrics and director of the pediatric epilepsy program.

In the Ladakh region, there is only one government hospital, staffed with primary care doctors. Patients with urgent needs must go to Delhi for care, a trip that can take up to 24 hours to make. Patients needing to see a neurologist or an epilepsy specialist are flagged throughout the year for the annual camps where outside specialists come in to see a large number of patients.

Von Allmen said the area is thought to have the same prevalence of epilepsy as the rest of the world, which affects 1 out of 26 people in their lifetime.

“In these remote areas, there is a lot of stigma with having epilepsy and seizures,” Von Allmen said. “Patients are dealing with more than the seizures. They are living with the disadvantages of beliefs and stigma. Much of what we do when we are talking to the patients is to try to educate them as much as we can about their conditions. We start them on a medication that they take every day to prevent the seizures.” 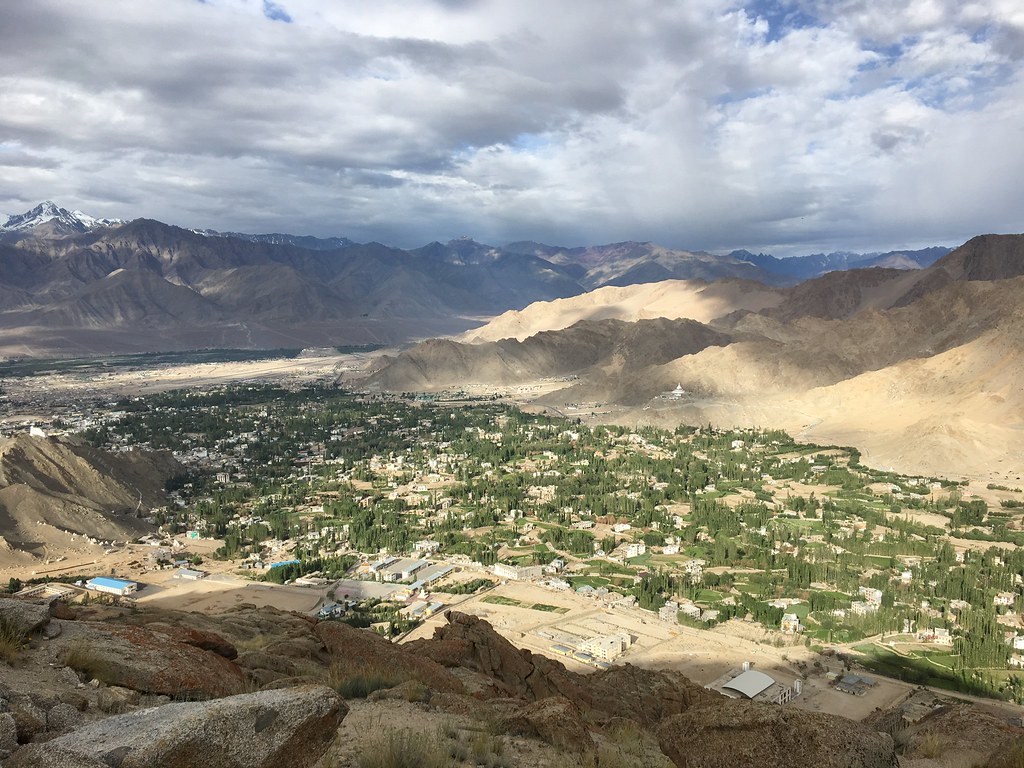 The team of doctors typically saw 100-200 patients every day over four days, and performed between 20 and 30 electroencephalograms daily, tracking brain wave patterns. They also saw patients with Parkinson’s disease, migraines, and people with tremor or movement disorders, as well as some who were recovering from stroke.

The region is classified as a high-altitude desert, and people living in this harsh environment can suffer from a condition known as Monge’s disease, or chronic mountain sickness, which includes a list of ailments caused from continuous low oxygen levels in the blood.

“The population is dealing with this chronically, and over time the high altitude can cause respiratory issues and headaches. It may make them more susceptible to strokes and other vascular diseases,” Von Allmen said. “In the high desert, there are particles in the air that cause pulmonary problems as well as issues with the eyes since it’s so dry. There are different medical issues that arise because of the altitude and desert. It’s very opposite of Houston.”

“It’s hard to overemphasize the sense of gratitude the people of Ladakh expressed. They were so grateful that we came there,” she said. “The whole community was so grateful. They see these clinics as a way to really elevate the level of care that patients can receive there.”

The clinics are a community effort, led by Tsering Norboo, MD. Norboo is a pillar of the community, working for decades in the underserved area and studying the effects of high-altitude living on health for the World Health Organization. He was recently awarded the prestigious Padma Shri award, the fourth-highest civilian award in India, from its president.

Medical residents from Delhi flew in to help with the clinics, and community members pitched in to help translate.

“Experiences like that make you realize how strong communities are and how they can organize themselves into these groups that care for each other in places that don’t have a lot of resources,” she said. “It’s a beautiful part of the world, with beautiful mountains and a wonderful sense of community.”