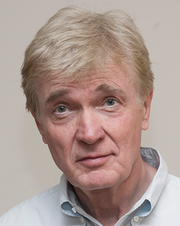 Instructor
Department of Pharmacodynamics, The Institute of Physiology, Warsaw, Poland

In vitro model of cleanup after a hemorrhagic stroke. Microglia (brain macrophages) scavenge red blood cells to and from the culture media. Video courtesy from the lab of Jarek Aronowski, MD, PhD.