Claudia I. Martinez, MD, insisted she needed to finish school before surgery, but her neurosurgeon had a way with words. “He said, ‘If you don’t do this, you’ll end up paralyzed from the neck down,’” Claudia recalls.

A high-performing student at the University of Houston, Claudia had devoted herself to becoming the first in her family to graduate from college and achieving her lifelong goal of becoming a physician. Yet the onset of strange ailments—including weakness in her limbs, headaches, vomiting, and coordination difficulties—led to a diagnosis of Chiari malformation, a condition in which the brain protrudes through the bottom of the skull, putting pressure on the spinal cord.

“The first day of my senior year, I was in the operating room getting brain surgery,” she says. A series of operations seemed to correct the issue. Claudia graduated from the University of Houston in 2013 and started at McGovern Medical School at UTHealth Houston the next year.

As she pursued her studies with singular determination, trouble took root in her brain once again. The outer lining of her brain tethered itself to her brain stem, pulling on vital cranial nerves. By her second year in medical school, her vision, digestion, ability to swallow, and limb function had all deteriorated. If left untreated, the condition would potentially leave her dependent on a breathing tube or with paralysis in the upper and lower body.

Her only hope lay in a highly delicate surgery, for which she turned to David I. Sandberg, MD, at UTHealth Houston Neurosciences, whom she had previously worked with on a research initiative as part of her medical school education.

I knew the risks it entailed, and I decided it was worth it rather than just accepting the alternative,” Claudia says.

On February 6, 2017, Sandberg successfully untethered the outer lining of her brain from its stem, returning her cranial nerves to normal. As part of her recovery from this challenging condition, she had to overcome neurological deficits, such as motor difficulties.

Claudia thought of her father, who had no formal schooling but worked all his life so she could have this opportunity. She thought about those who would follow her—students with disabilities who would see her example. She thought of her own determination to not only be the first to graduate college in her family, but to become a doctor.

I had never allowed my health to keep me from continuing my journey, and I wasn’t going to let it start now,” she says.

"Even though it was tough, everyone who worked at TIRR was wonderful,” she says. “They saw every little sign of progress, whether being able to move my hand or shift my legs in bed, as something we could build on to reach that goal.”

In the meantime, Claudia still had medical school to finish. Her mother spent every moment by her side—turning pages in textbooks, transcribing notes and essays as Claudia spoke, and playing recorded lectures from Claudia’s professors.

Eventually, Claudia regained enough function to be discharged from TIRR Memorial Hermann and return to campus at McGovern Medical School. She could walk well enough to begin her clinical rounds, but since some of her body’s functions had yet to heal, she carried a backpack that delivered nutrition and fluids through a feeding tube and chest port.

In May 2020, only two years behind schedule, Claudia graduated with her medical degree.

“I felt such an immense sense of relief and gratitude for everyone involved in my care, especially my mom,” she says. “I even told my mom, we graduated. We did it."

Her classmates decided to honor her achievement by launching a crowdfunding campaign in 2020 to establish the Claudia I. Martinez Strength Scholarship Endowment. In concert with the Many Faces. One Mission. campaign and its focus on training the next generation of health professionals, the fund will support a student at McGovern Medical School who has shown resilience in the face of adversity.

"I appreciate everyone who gave because this scholarship helps other aspiring physicians who are facing adversity to reach their goals," she says.

Since graduation, Claudia has almost completely recovered. The feeding tube and chest port are gone, and only a little trouble with her right hand still lingers. But in many ways, she will never be the same. Now in her third year of a residency in physical medicine and rehabilitation at McGovern Medical School—performing clinical rotations at TIRR Memorial Hermann—her ordeal has brought a special kinship with her patients.

"I am living proof that, with the correct tools, physicians with disabilities can do just as well as anyone else. We have great value in our own experiences to contribute to the medical field,” she says. “We belong here.”

Karina Samsuhadi, a first-year medical student, is the inaugural recipient of the Claudia I. Martinez Strength Scholarship. Her parents immigrated to the United States in hopes of a better future for their children, but illness derailed their plans, forcing Karina to become the sole provider for the family.

“This scholarship not only provides the financial security to keep both me and my family safe, but it also turns my dream of becoming a physician into a reality,” she says. “I am profoundly grateful for everyone who made this award possible, and I look forward to helping others achieve their goals someday.” 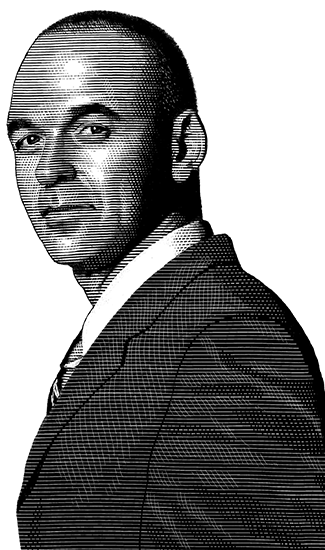 “For a number of students who have what it takes to be a physician, life circumstances can get in the way," says David I. Sandberg, MD, Dr. Marnie Rose Professor in Pediatric Neurosurgery and Director of the Division of Pediatric Neurosurgery. "Scholarships help them overcome these obstacles and enrich the medical profession with their hard-won perspective.”